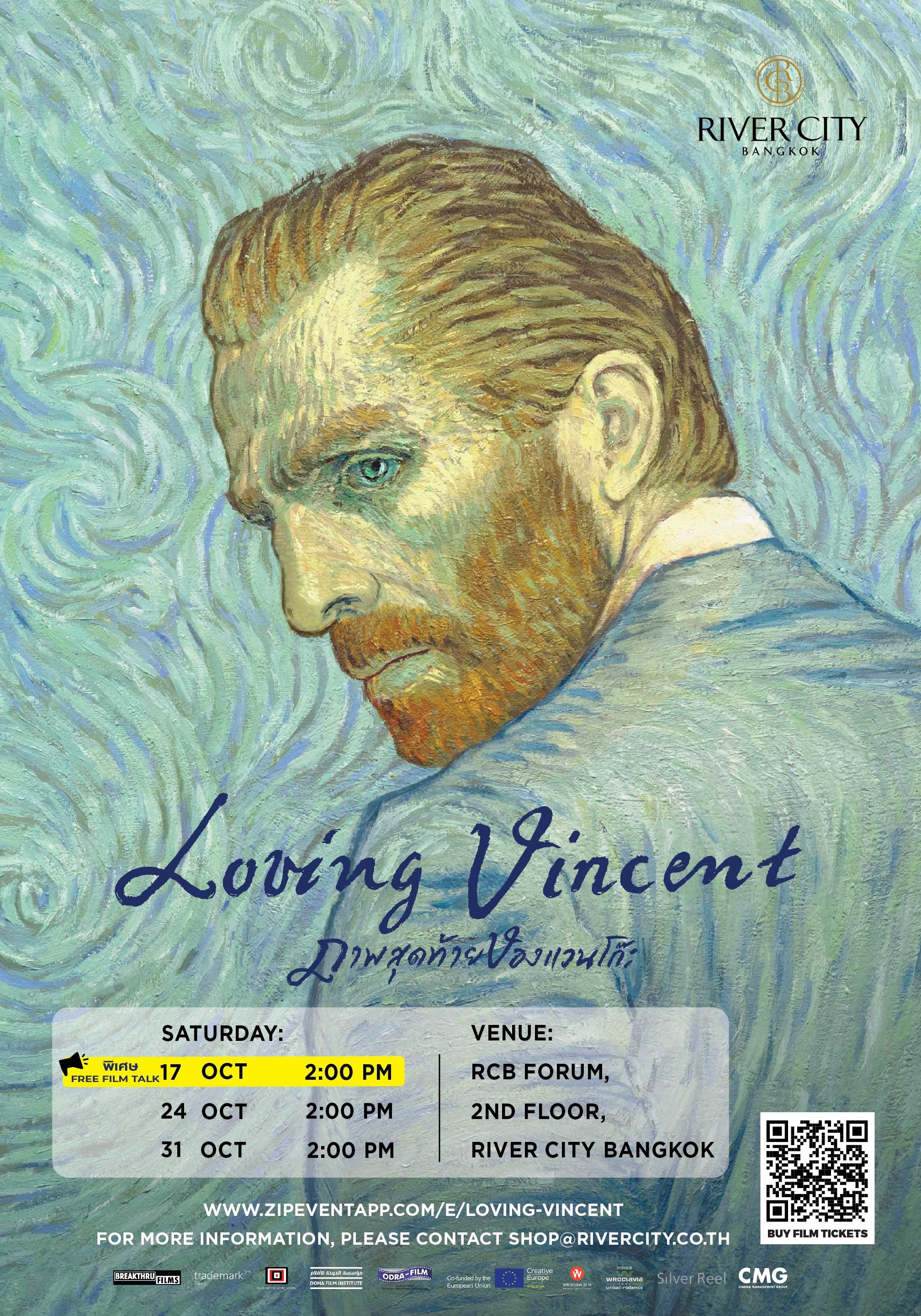 As a tribute to the world’s art master with reputed masterpieces, this fantastic biographical film with stunning animation is bringing a new form of century depicting Vincent van Gogh’s tortured final days. Created from his 800 personal epistolary archives and 7-year dedication, Loving Vincent becomes a perfect portrait of one of the world’s greatest artists interpreted onto the screen by Hugh Welchman, a British filmmaker and winner of the Academy Award for Best Animated Short Film from Peter & the Wolf produced in 2006, and also Best Animated Feature Film from Loving Vincent.

Synopsis: This film features a biographical depiction of “Vincent van Gogh”, the renowned Dutch painter highly acclaimed as one of the world’s most influential artist with his oil paintings and unique brushstrokes. His prominent techniques are interpreted onto over 65,000 frames in production process with 3,000 litres of oil paint used on more than 1,000 canvases.

Special treat! Show a film ticket QR code and get 10% discount when purchasing crafted coffee and beverages at ANTDAY located in front of the Forum.