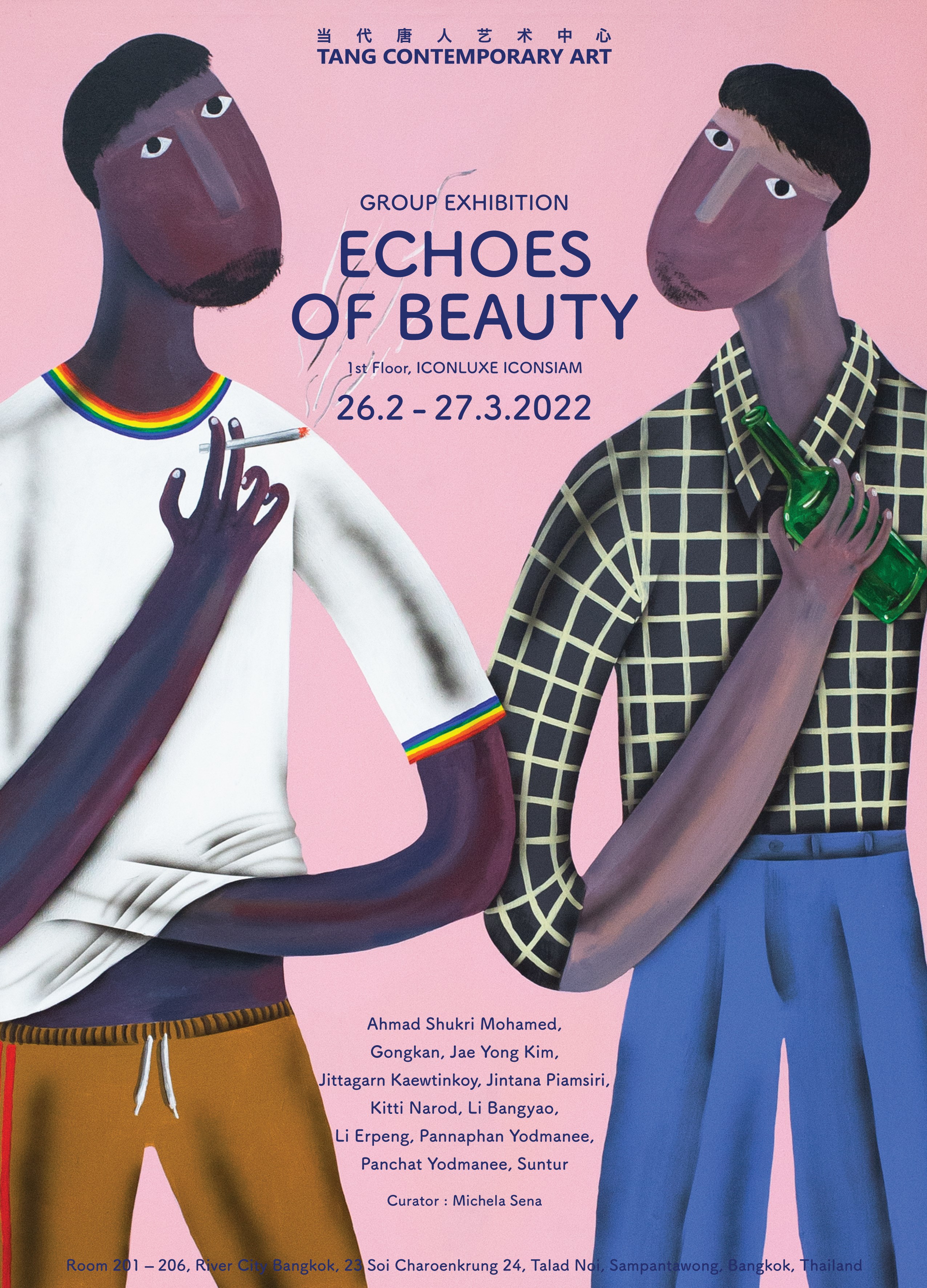 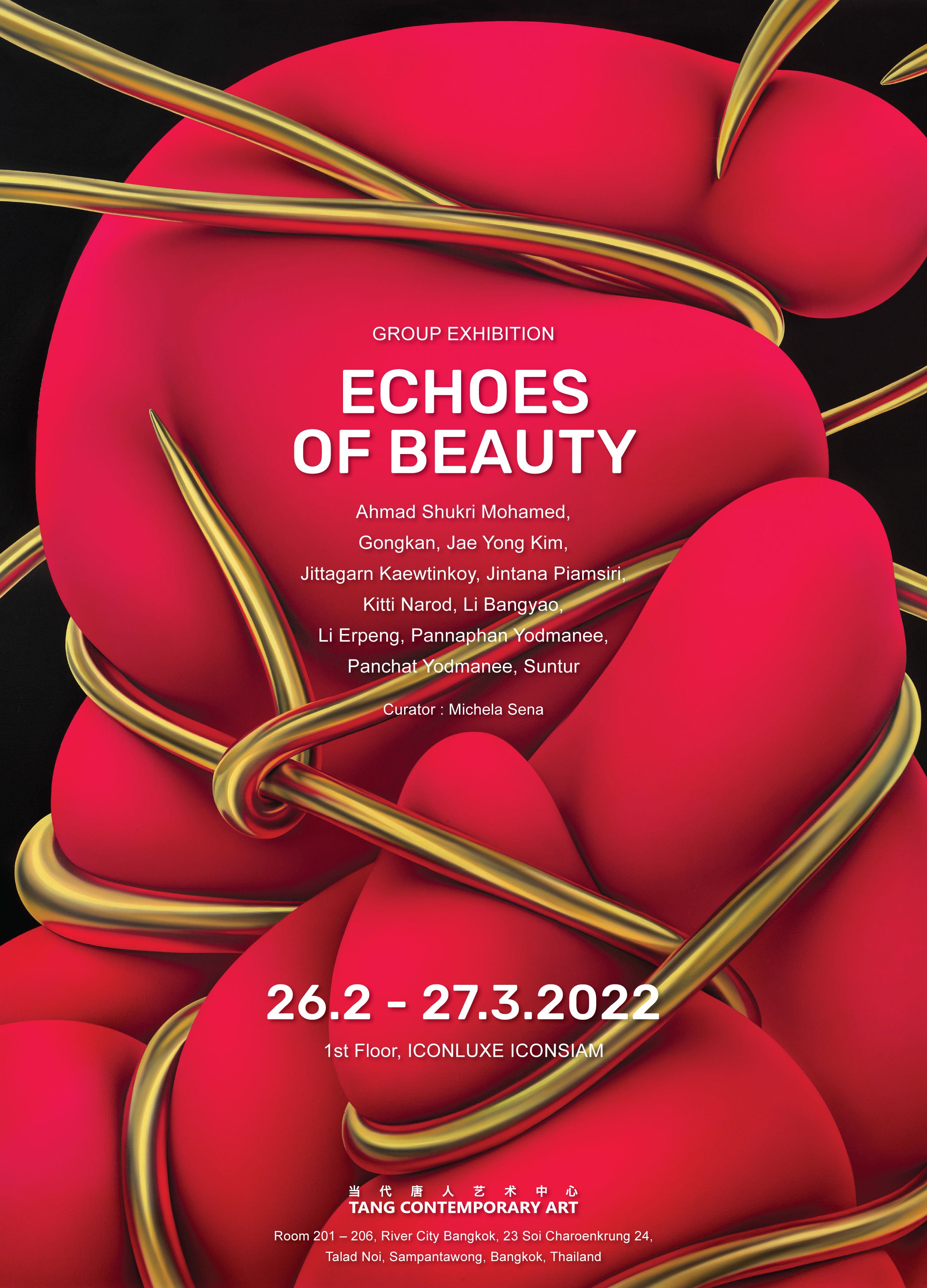 The project brings together a group of the most prominent artist from Thailand's new art scene, in collaboration with young artists from other countries. Rather than focusing on their diverse origin, it reveals the similarities in their aesthetic that are typical of this generation. Their works all give us a new and energetic perspective on life, a powerful yet gentle spirit that they express through their beautiful and unique artworks. This new generation of artists is a part of the global international scene, and their art speaks the same language as the art of their peers from other countries. As we can finally read the contemporary art scene as a whole, composed of various cultures with equal visibility and opportunities for contamination and dialogue.

The project brings together a selection of the most representative artists, belonging to the Thai new art scene, in a harmonic relation with young artists coming from different countries. It reveals the similarities of their aesthetic typical of this generation, rather than focusing on their diverse origins. Their works all return us a fresh and energetic approach to life, a powerful yet gentle spirit that expresses through their beautiful and unique artworks.

The big change in the international art scene is about the media. Today everyone can access media as a recipient of messages and can also directly transmit messages to the rest of the world. "The media experience has become universal"*; and understanding the media is the prerequisite for understanding the world.

Art language has dramatically evolved as well. The result is the birth of a common universal aesthetic. Nowadays art of any provenance speaks for itself and speaks to everyone. This new artistic language is a real common language that has finally emancipated.

Naturally this change also applies to the new generations of Thai contemporary artists.
Today we can finally read the contemporary art scene as a whole, made of different cultures with equal visibility and possibilities for contamination and dialogue.
Much has changed in the past 20 years. The world social and economic asset has been transformed and consequently art changed its language.
Talking about "Thai art", when we talk about Thai artists belonging to the latest generation, has a different value, this new generation of artists is part of the global international scene; and their art speaks the same language as their peers’ artists of any other geographical origin. Graduated from Kasetsart University Laboratory School in 2007 and from Silpakorn University, Faculty of Decorative Arts, in 2011, Kantapon Metheekul, better known as Gongkan, currently works and resides in Bangkok, Thailand. After graduating from Silpakorn University, the artist moved to New York City, where he spent 3 years working in creative departments of advertising agencies. In his spare time, he created street art and illustrations centred on the idea of him being transported through time and space to his homeland. His work, which he named “Teleport Art”, gained notoriety in the New York street art scene and later in Bangkok. The element of time is a predominant concept in Gongkan’s paintings: surrealistic canvas, populated by human figures, realized with graphic flat strokes. Through presenting different visions of the present times or rewriting the past, the artist creates alternate realities in the process. 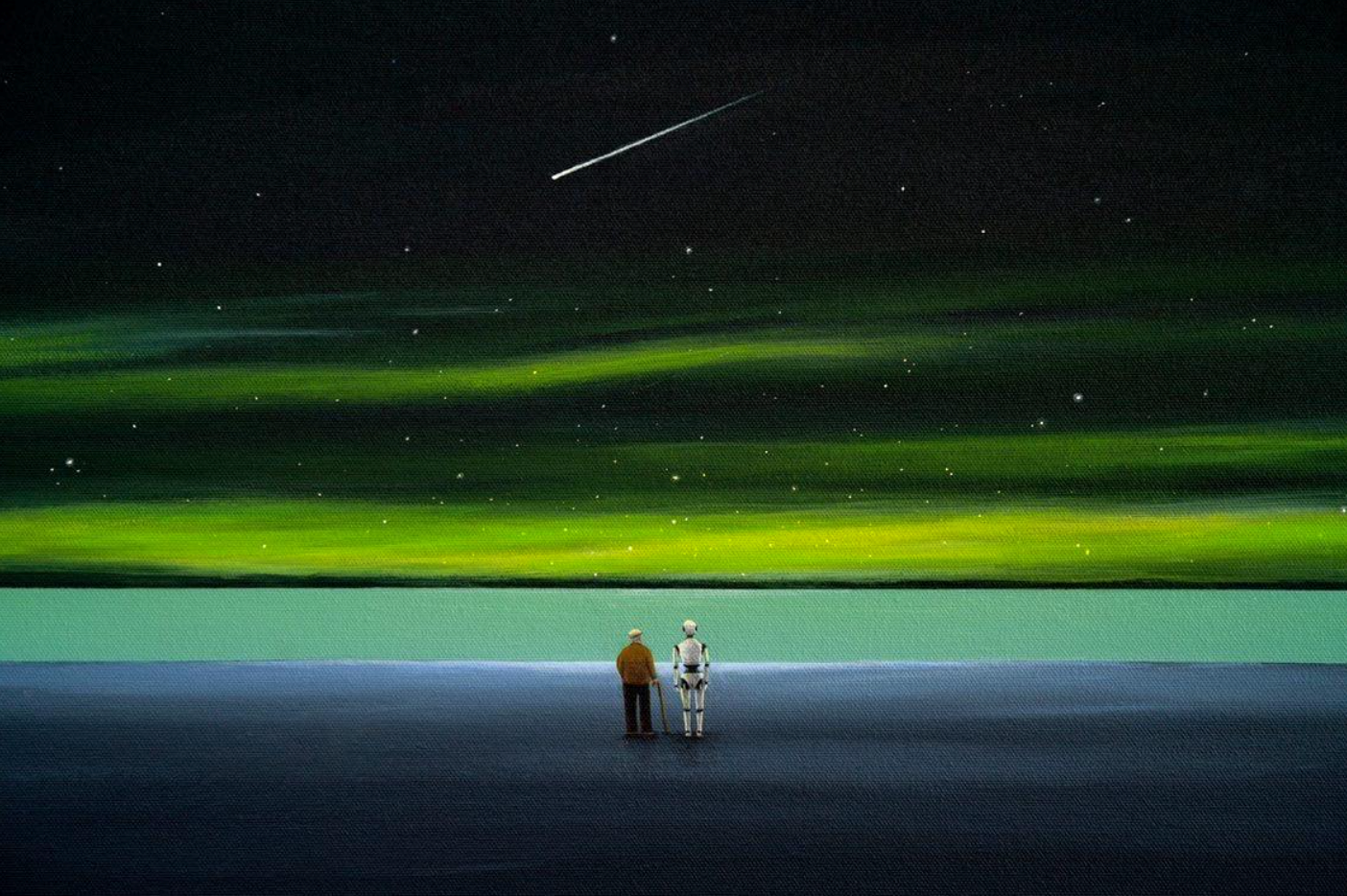 Kitti Narod creates paintings that convey a sense of joy and optimism through the gentle and warm portrayal of daily life and human connectedness. In his paintings, everyone and everything exist together in a utopia. This notion may seem unrealistic to some, especially during an era of social division, but the artist’s work tries to remind us to appreciate the simple pleasures and to pay attention to the mundane or basic details of daily life. Perhaps then, euphoric feelings will not seem so unattainable. The artist considers his works to be a meeting place for diversity, where all the physical and spiritual are equal.

Jittagarn Kaewtinkoy was born in 1979 and completed his Bachelor of Fine Art at the Rajamangala Institute in 2001. Jittagarn has

produced a series of portraits and paintings of well known politicians and of iconic personalities with the intent to explore their sense of commitment towards freedom and justice. It turns out that they often fall into two categories – good and bad.

As a person committed to freedom, justice and transparency himself, the artist questions his subjects' intentions and aspirations and whether they are sincere or exploit their positions as leaders and role models. Jittagarn is a contemplative individual who is observant of his surroundings and likes to depict people's characters in his work. He often executes his paintings in a cartoon like manner with bright colours and a fair share of irony. Jittagarn has participated in several art exhibitions in Thailand and also in the USA (2010). 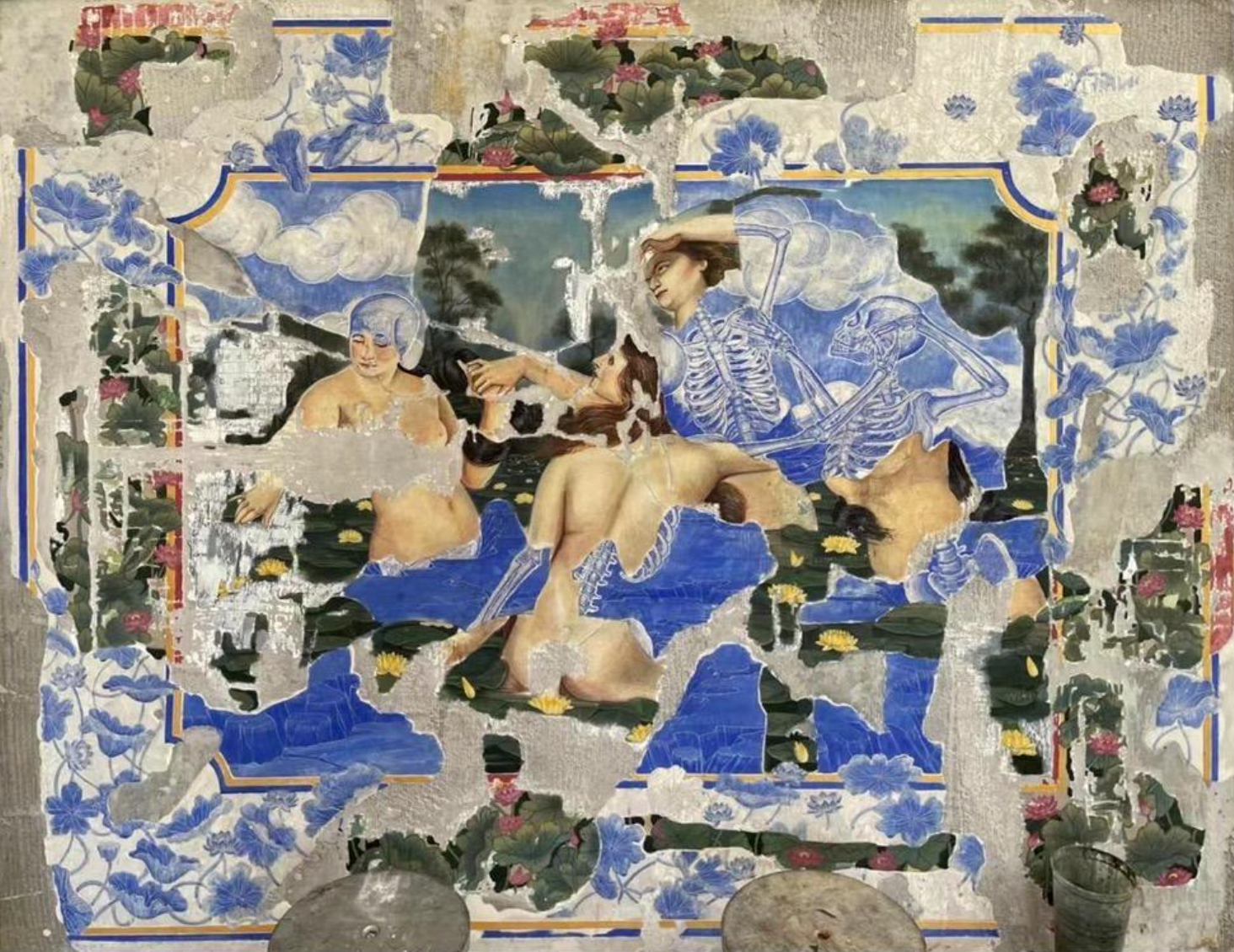 Pannaphan Yodmanee was born in Nakhon Si Thammarat in Southern Thailand. She studied Buddhist Art as a child. Focusing on the relation between Buddhist teachings and humanity, her work portrays such universal themes as fear, loss, suffering, devastation, and the karmic cycles of death and rebirth. Combining traditional Thai art objects and contemporary elements, along with drawings and sculptures, she creates artistic spaces reminiscent of a spiritual world beyond a specific religion.

Pannaphan examines the relevance of Buddhist philosophy to our lives. Utilizing a combination of raw, natural materials with found objects of contemporary origin, her works imbue the painted designs and motifs endemic to traditional Thai art with the universal and persistent themes of loss, suffering, devastation, and the karmic cycles of death and rebirth. Her accolades include top prizes in the Thai Traditional Painting Awards 2013, as well as the Young Thai Artist Awards 2006–2007. In 2015, her works were showcased at the Thailand Eye exhibition presented at the Saatchi Gallery, London and later at the Bangkok Art and Culture Center. In 2016, Pannaphan wins the Benesse Prize, while Singaporean artist Zulkifle Mahmod is awarded an inaugural special award. She lives and works in Bangkok, Thailand. 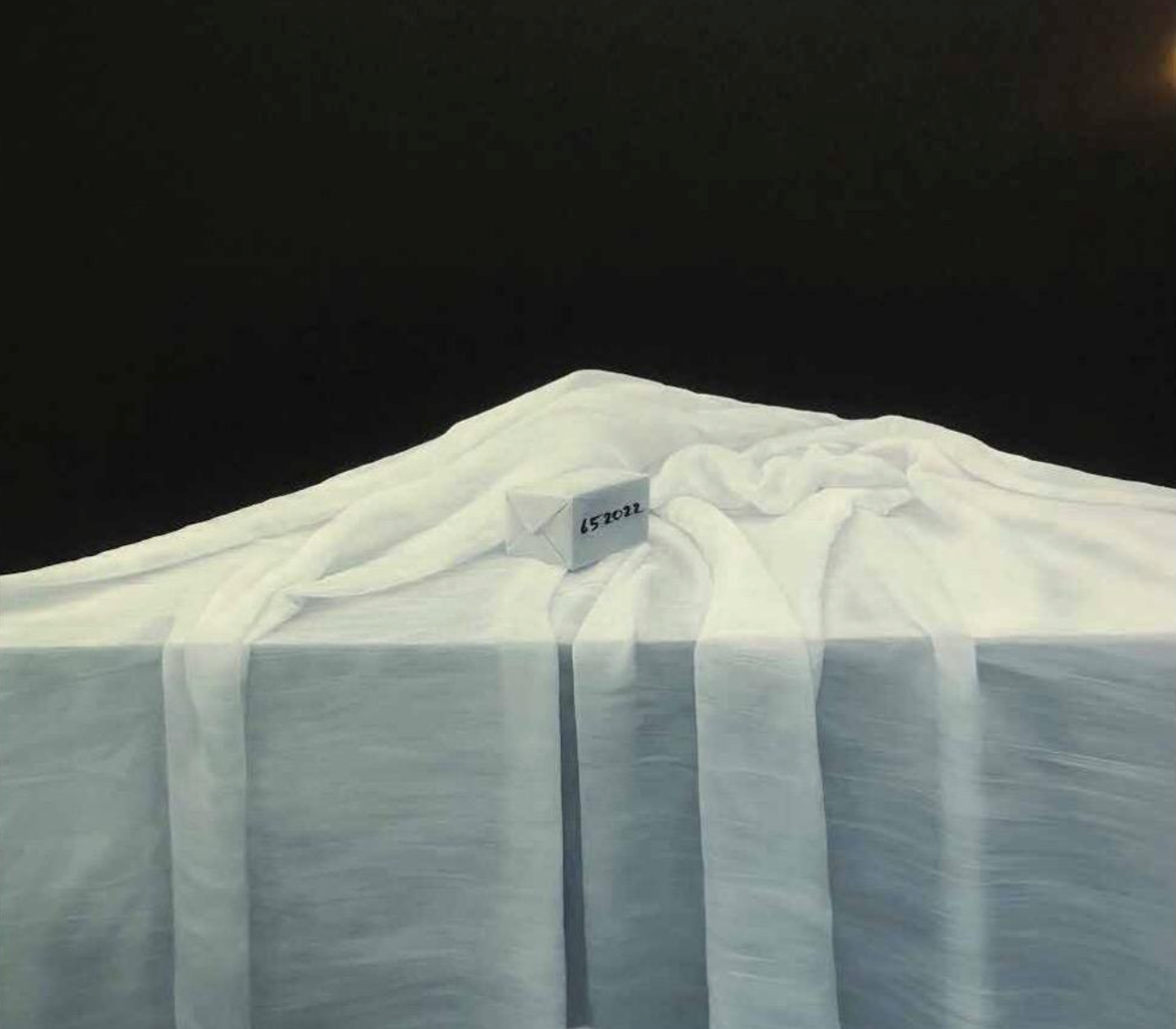 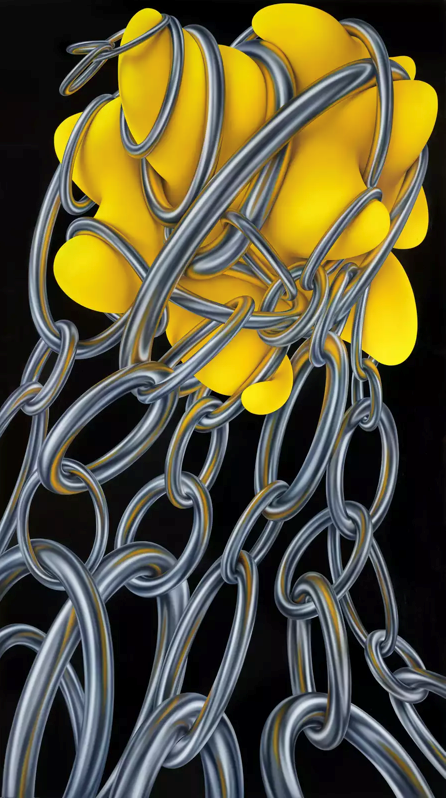 Li Erpeng graduated from the Oil Painting Department at the Central Academy of Fine Arts (CAFA) in 2018, and he currently lives and works in Beijing.

He has received First Prize for the Fine Arts at CAFA, the Inter Youth Artwork Award (2015), the Inter Youth Innovation Award (2016), the Originality at the Academy New Talent Award and the Outstanding Artwork Award from the Oil Painting Department at CAFA (2016). His graduation work Objects from an Ideal World was added to the permanent LYC Collection (CAFA Art Museum). In 2020, his work was collected by White Rabbit Gallery in Australia and recommended by TARGET magazine.

Li Bangyao is one of Chinese contemporary art’s most notable Pop practitioners. In a sense, his thirty-year career in art has reflected the shifts in Chinese modern art from Expressionism to Cubism, from Primitivism to Conceptual Art, and from Process Art to Pop Art. In the 1980s, Li participated in the ’85 New Wave as a member of the Hubei modern art group Tribe, Tribe. In 1986, Li Bangyao exhibited Mountain Spring, Langya Grass with Langya Grass and People on the Easel, and Accompaniment without Langya Grass at “The First Tribe, Tribe Exhibition” at the Hubei Institute of Fine Arts. His combination of naturalism and symbolism, as well as his interpretation of the relationship between nature and civilization, presented the evolution of humanity from remote antiquity into the future. In 1992, with the development of the market economy in China, Li Bangyao created his career-defining piece Product of Trust, which was shown that same year at the Guangzhou Biennial. 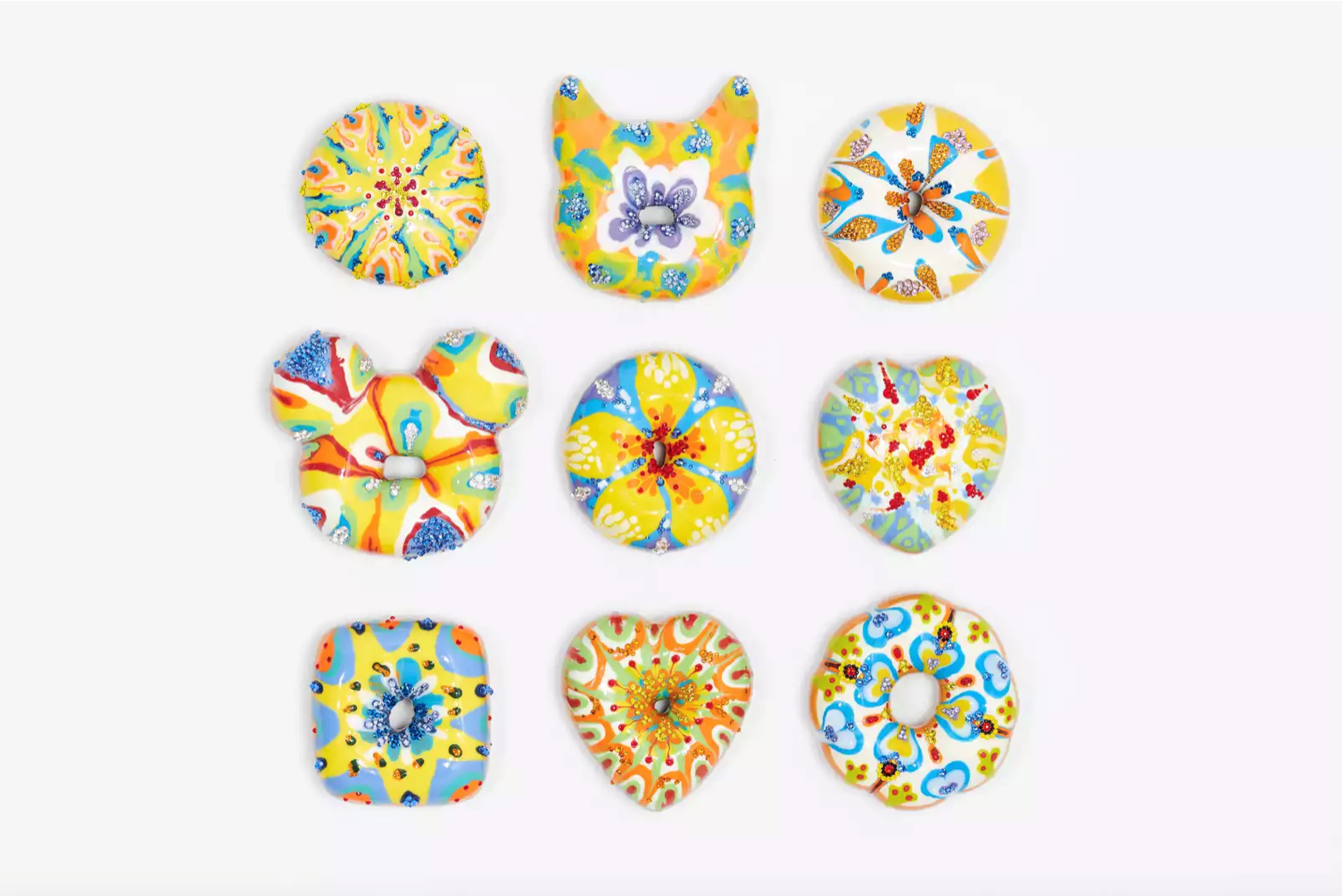 Born in 1973, in South Korea, Jaeyong Kim relocated with his family first to Kuwait and then Saudi Arabia at the age of three. Though returning to Seoul during adolescence, these early experiences abroad inspired him to study internationally, receiving his Bachelors of Fine Arts (in Ceramics and Sculpture) at the Hartford Art School at the University of Hartford and his Masters of Fine Arts in Ceramics at Cranbrook Academy of Art in Michigan. The artist’s early work features subjects such as snails and his dog Momo as whimsical representations of his search for “home” amidst this nomadic background.

Jaeyong discovered the donut as his current signature motif while struggling to adapt to life in New York City in 2008. Sweet “cheap and yummy” treats provided a source of simple joy, while also serving as an icon of the consumption, greed, pleasure and addiction fuelling modern, and especially American, pop culture. Individually handcrafted and brightly glazed over several days, these playful ceramics both reflect and challenge associations of mass production, temptation and instant gratification. Jaeyong has exhibited in numerous solo and group shows at galleries across three continents, notably including Blank Space Gallery, Anthony Brunelli Fine Arts and Waterfall Gallery & Mansion in New York, as well as Hakgojae Gallery and Gallery Yeh in Seoul. His works have been acquired by both private and public collections such as Fidelity Investments Corporate Art Collection, Royal Caribbean Cruises, the University of Bridgeport and the University of Hartford. Among other accolades, he received the Jurors Choice Award in the Craft Forms ‘99 competition hosted by the Wayne Art Center in Pennsylvania, and the Estelle Hartman Sculpture Award from the University of Hartford in 1998. The artist currently lives and works in both Seoul and New York.